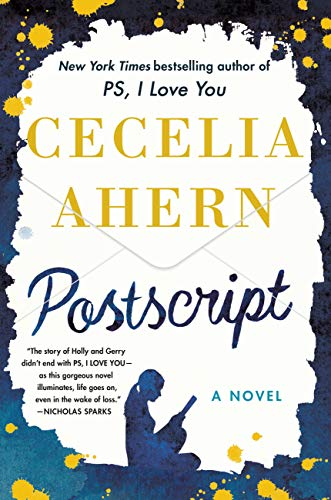 PS, I Love You's long awaited sequel by bestselling author, Cecilia Ahern, will not disappoint readers who were first charmed by Jerry's letters of love from beyond the grave nearly two decades ago. Set seven years after the death of her husband, Jerry; Holly has made a pretty good effort at "moving on." When her sister bullies her into recounting  her "PS, I Love You" letters on a podcast, Holly is floored at the response. Her story has really resonated with people. Terminally ill strangers are reaching out, wanting her help as they navigate how to leave behind meaningful messages to their loved ones. Holly swore she left that life of illness and death behind, but she begins to see the larger picture and the impact that she could help these people leave behind. Beautifully narrated by Amy Huberman who deftly navigates between Holly's humorous, heartfelt, and introspective moods. Cecilia Ahern shines beauty, dignity, and humility onto a wonderful new cast of characters. A wonderful followup that will have readers once again crying, but loving every minute of it.  - Erin Cataldi, Johnson Co. Public Library, Franklin, IN
Posted by Erin Cataldi at 10:28 AM

Email ThisBlogThis!Share to TwitterShare to FacebookShare to Pinterest
Labels: cecilia ahern, postscript, ps i love you