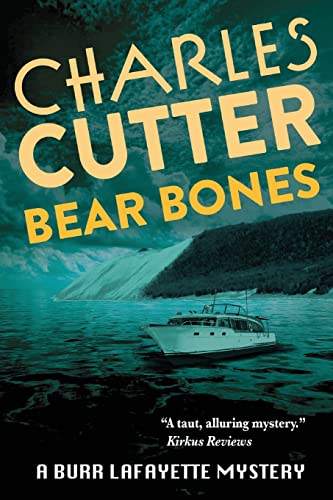 The third installment of the Burr Lafayette Mystery series is arguably the strongest and most compelling. Burr really starts to develop as a character and more facets of his personality emerge. Per usual Burr somehow lands himself smackdab in a murder case. One of his clients who has been a cash cow for nearly a year (a rarity for his office) has been found murdered and buried. He takes on the husband as a client (he needs that money!) even though the evidence seems to make him a shoo in for a guilty verdict. To top it off his wife is trying to get him arrested for being late on alimony, he's not sure how "committed" he wants to be with Maggie, and his elevator is broken... again. Not your typical courtroom drama; filled with wit, wry observations, and unforgettable characters. It's not fast paced, but more a meandering journey that takes readers on journey laden with good sights, food, and potential suspects. Lots of fun!
Posted by Erin Cataldi at 1:12 PM