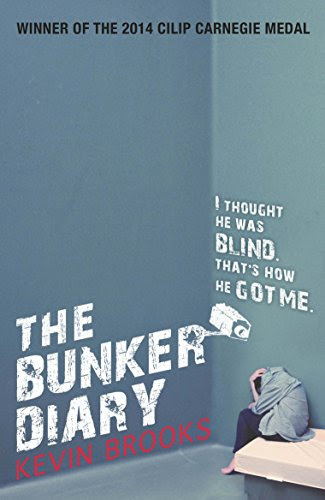 This is one of those books that will haunt you and make you ponder how you would have acted in the characters places. It's like "Lord of the Flies" except possibly worse. It's unfathomably dark and will keep teens (and adults on the edge of their seats.

Sixteen year old Linus wakes up alone, cold, and hungry in an abandoned bunker. There's an empty kitchen, dining room, bathroom, six bedrooms, and an elevator. How will he survive? Can he escape? Will he go mad? As the days turn into weeks, more people find themselves drugged and awakening in the nightmarish bunker. There's a nine year old girl, a junkie, a young career woman, a business man, and an old gay man. Can they work together or will the bunker slowly drive them all insane? What is the point, why are they there?

This is one of those books that I literally yelled out a bunch of expletives when I got to the end. It's maddening. A great read, impossible to put down, that will make readers really think.
Posted by Erin Cataldi at 12:39 PM