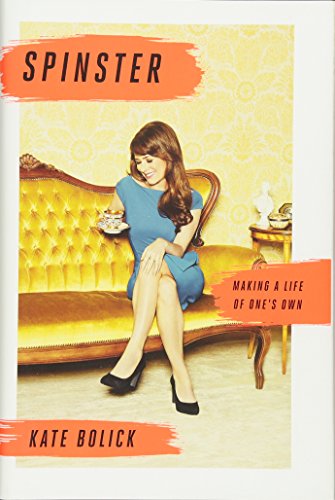 This isn't what I initially expected it to be. I thought it would be more of a memoir/ how to guide. Instead it is a memoir/ these are my literary role models. It reads as a history with a bit of memoir in between heroines. It is a very eloquent, literary read that made me feel like an unenlightened yak. Author, Kate Bolick, comes off as a bit pretentious (although I don't think that is her intention) but well meaning. She talks about her own awakening and how it was inspired by five American female literary geniuses who were ahead of their time. I knew about three of the women she talked about, two of them were completely new to me. While an interesting historical read about the American single woman in the past two centuries, I'm still not convinced that that is the choice for me. Someday I'd like to get married and have kids, but after reading this memoir, I better understand why that is not the choice of thousands of women. An interesting, albeit dense read.

I received this book for free from Library Thing in return for my honest, unbiased opinion.
Posted by Erin Cataldi at 6:23 AM