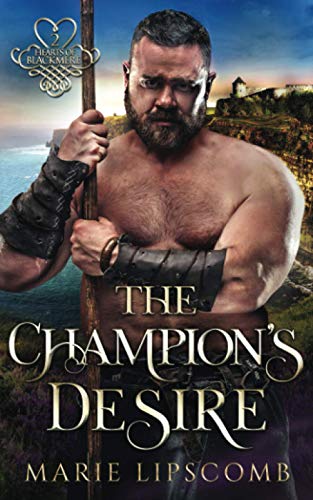 A fantastic follow up. Book one was the slow burn as Lady Natalie got to know Brandon the Bear. Book Two is all about the sizzle and the struggle of trying to keep their relationship private so that Brandon won't get kicked out of the Champion's Guild. The novel opens with them trying to find Henry because they know that he is responsible for the attack on Blackmere and death of some of their friends. They discover that he has escaped to the Guild and he's already lied to the Guild Master, saying that it's all a terrible misunderstanding. Unable to make Henry pay for his crimes, Brandon decides that he will face Henry the Dragon in the Midsummer Melee and make him pay in the arena. They both spend six months training their asses off at the guild and sending each other penetrating glances. Not getting to touch each other or get any moments of privacy is hard on their relationship. Can they defeat Henry? Will their relationship survive? Fantastic. Great ending and I can't wait to read the third and final installment in this series!
Posted by Erin Cataldi at 9:32 AM