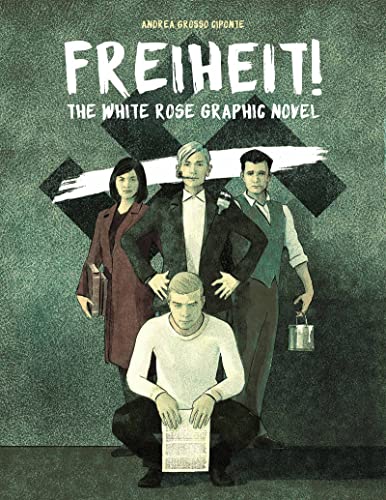 I've heard about the university students who resisted Hitler by forming the White Rose, an underground resistance movement that distributed fliers  - but I really didn't know too much about them (I didn't even know they all died - I'm some history buff). This graphic novel shows how and why they banded together to speak out against Nazi Germany and it uses lots of direct quotes from the fliers and from Nazi leaders. These students knew what they were doing was highly dangerous and in fact, they all ended up being executed - but their story and heroism inspired thousands of resistors. It's not a casual, pick up for fun, graphic novel but I think it is an accessible education tool that is wonderfully illustrated. After the conclusion of the graphic novel - all six of White Rose's resistance letters are printed in their entirety.
Posted by Erin Cataldi at 3:41 PM