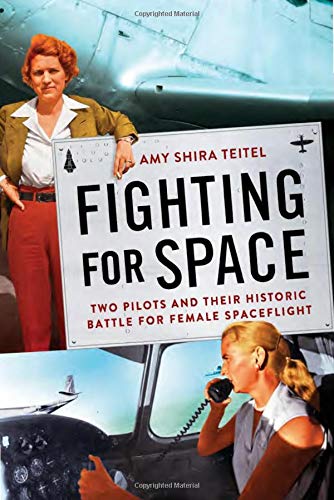 Spaceflight historian Amy Shira Teitel tells the empowering true story of two female pilots who fought to be the first women in space. This dual biography captures the brilliant lives of Jackie Cochran and Jerrie Cobb as they trailblazed their way into the cockpit and into the hearts of millions of Americans. Both became pilots at a time in America when women should be barefoot and pregnant - certainly not setting flying records or breaking the space barrier. They fought against sexism and proved to men time and again they they belonged in the air. The dawn of the space age brought new dreams and both women longed to get into space. Jerrie Cobb took all the same tests as America's first astronauts and refused to let the matter lie. She had already proved she could be a pilot, she could prove that she was astronaut material as well. Passionately narrated by the author; who gives both young women vim and vigor; causing them to leap from the page right into the listener's imagination. This inspiring story highlights two women that challenged the social norms and used their grit and determination to prove themselves the equal of any man in the air or the the atmosphere. An impressive and awe inducing biography that space junkies, feminists, and historians will eat up! - Erin Cataldi, Johnson Co. Public Library, Franklin, IN
Posted by Erin Cataldi at 11:34 AM