Susan, Linda, Nina & Cokie: The Extraordinary Story of the Founding Mothers of NPR 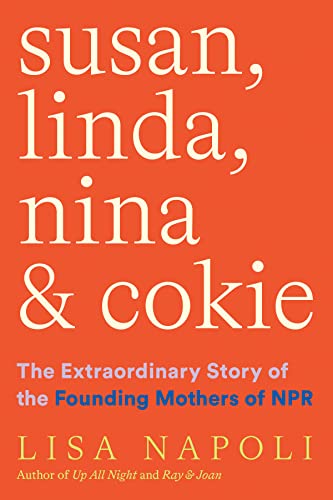 Prior to reading this book I didn't know anything about the history of NPR or its founding mothers. I don't religiously listen to NPR but I really love the morning edition and other segments that I catch on my days off (I always have an audiobook going in my car so I can't listen there). NPR is educated, professional, and truly unbiased - they show the human element behind the stories and as a result NPR is universally regarded as one of the most trustworthy news sources out there. Lisa Napoli does a great job giving mini biographies of Susan, Linda, Nina, and Cokie discussing how they all got into journalism and eventually broadcasting. In a male dominated world of the sixties and seventies - these four women had to have more grit and determination than any other journalists, but they all eventually succeeded and made their way to the relatively new radio station, NPR. Not only is this book about these four women, it is also about the founding of NPR and the rocky road it started out on. A compelling look at everyone's favorite radio station and some of the pioneering women behind it!
Posted by Erin Cataldi at 8:14 AM