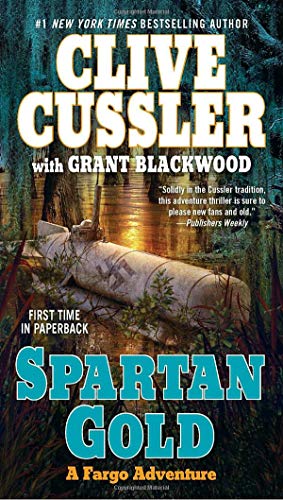 This is my first ever Clive Cussler - he's really popular at the library so I said screw it and decided to give one of his books a chance. Its not great literature but it's entertaining and fast paced. It's like a modern day uber-wealthy Indiana Jones going on adventures with his wife (if he had one). I liked the history aspect of it and it was fast paced - there is never a slow moment. Treasure hunting team Sam and Remy Fargo stumble upon a World War II German U-boat in in the Pocomoke Swamp - the fact that a German vessel made it inland with no one ever knowing is impressive but what is even more impressive is what they find inside - an old French wine bottle. Could it be part of Napoleon's lost cellar? They soon realize they aren't the only ones on the treasure hunt, Hadeon Bondaruk, a half Russian, half Persian millionaire will do whatever it takes to stop the Fargos and seize their research - could it be there is another layer to the mystery? Great listening for the car - I think I'll continue with the series.
Posted by Erin Cataldi at 11:53 AM