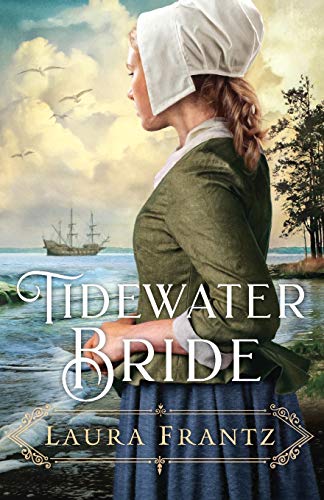 Set in early American life, this historical romance shows just how complicated life in the new world could be. Selah is considered an old spinster by James Town Standards - she's pushing 30! With her parent's blessing she is more content to help with the bustling store, she could have her pick of any man (there are too few women still) but she refuses to marry for anything less than true love. When her family decides to host a tobacco bride (English women promised a dowry and marriage to a land owning man) Selah discovers that the woman they are hosting might have her eye on a promising man indeed. Xander is one of the wealthiest tobacco farmers in America but Selah has always struggled with the death of his former wife, the Indian "princess." Might she have misjudged him? Could he be the answer to her prayers? This novel deals with hard topics like rape, slavery, and indigenous injustice although it still paints a much rosier picture then it probably should on some of those topics. A slow burn romance full of intrigue and adventure.
Posted by Erin Cataldi at 2:58 PM