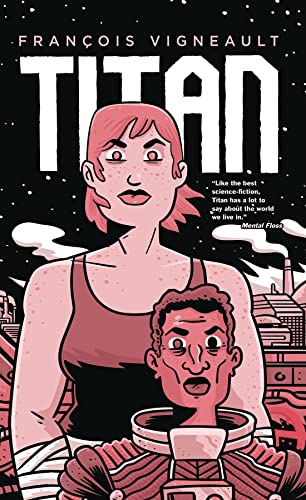 A graphic novel that shows what can happen when tensions rise between two different groups; one of which has been ignored and overshadowed for decades. When MNGR Joao da Silva gets sent to the moon of Titan to try and get the Homestead colony back on track and profitable he can't believe how tense it is between the genetically made giant Titan workers and their Terran management. The Titan workers are angry and waiting to strike. They've been over worked and under paid. The Terran management are frightened and distrustful of their workers. The whole situation is a powder keg. Phoebe Mackintosh is a Titan with a history of fighting but when she is sent as liaison to Joao da Silva she finds something alluring in him and he in her. They have to work together to save their planet and find a better way - but what if they're too late. A wonderfully illustrated graphic novel that proves how relevant science fiction can be to the world we live in now.
Posted by Erin Cataldi at 11:45 AM