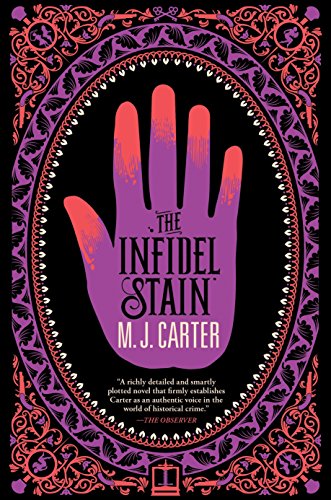 I read the first in the Avery and Blake series last year so it was very fortuitous that I won the audiobook of the second installment. Rather than taking place in India like the first one, this one is set in the grimiest parts of London. Jeremiah Blake and Captain Avery haven't seen each other in three years, but their daring exploits in India made them very popular and a wealthy aristocrat wants to hire their services. Two printers have been murdered in rather gruesome ways and the police are doing nothing about it. He wants Blake and Avery to look into the matter and find the killer. Things quickly go awry and the plot thickens as deep as the smog. An enjoyable romp through the underbelly of nineteenth century London and full of unforgettable characters. The narrator does a great job with voice accents and it is definitely worth a listen.

I received this book for free from Librarything.
Posted by Erin Cataldi at 4:20 PM