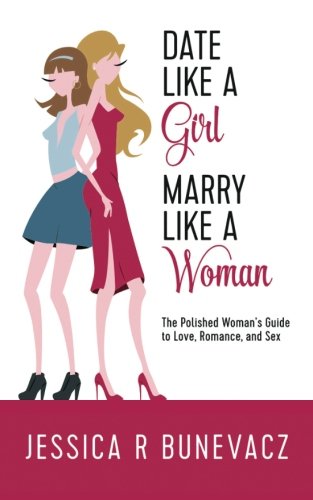 As a painfully single woman there wasn't a lot for me to glean out of this book. It's split into two sections: rules for those who are dating and rules for those who are married. Each section has 30 rules that a polished woman should follow and contains anecdotes about the author's life, old adages, and how to put the rule in practice. This book is only recommended for wealthy and sexually active. I would not recommend giving this to your religious cousin who just got engaged, that is, unless you want her to pray for your soul. In the dating portion of the book, Bunevacz advocates sleeping around and dating at least three men (the perfect number!). It is recommended to wait to sleep with a man until the second date, but if you slip up its no big deal. Crotchless panties are a must (I guess it's time to update my undergarments, I've been doing it wrong for years!). Also, never trust a woman with dark gums because she will apparently steal your man.

The married portion was a little darker. Don't be afraid to sniff your husbands balls to check that he's not sleeping with anyone. There can be no secrets (except a bank account with money he doesn't know about), your husband should give you all passwords and you should have access to all his money. There is also a lot on how to properly take care of your vagina so you don't scare men away (keep it tight! douche! wax!). I know I'm making it sound completely awful but there were a few redeeming qualities as well. Always have date nights, leave something on during sex (that way the naked body never gets old which is probable if you've been with someone for years), don't gossip, learn how to say sorry, etc.

"Date Like a Girl Marry Like a Woman" reminded me of Zsa Zsa Gabor's hilariously sexist and outdated, "How to Catch a Man, How to Keep a Man, How to Get Rid of a Man." This self-help guide will be of most use to wealthy housewives, fans of Sex in the City, fans of Jessica Bunevacz, and the promiscuous (or as a Bunevacz calls them MANizers). It's not written badly, but as an independent, student loan paying, cat lady librarian, 90% of this book didn't apply to me. I'm sure it will be of genuine use to some people, but not for me.

I received this book for free from Litfuse publicity in return for my honest, unbiased opinion.
Posted by Erin Cataldi at 1:30 AM