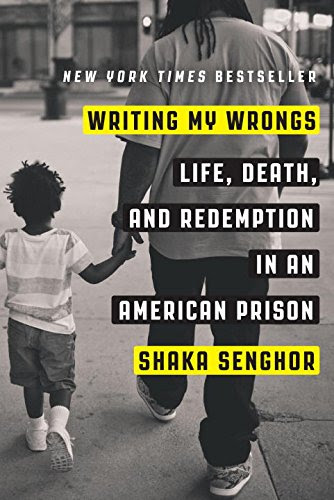 A wonderful and inspiring read about what it takes to pick yourself back up and make a difference. Convicted of murder at the age of nineteen, Shaka realized that he would be facing nearly two decades behind bars. He wouldn't get to raise either of his kids, and he knew that he was straining his relationship with his family. How had it gone downhill so fast? Shaka examines his life up until the moment he fired his gun and analyzes what he was going through, what he could have done, and how it set him up for life in prison. His prison experiences are harrowing to say the least. The rape, shankings, emotional abuse, and degradation sound almost unbearable, but after many years and a lot of soul searching, Shaka was able to think positively about his life and future and tried to help others locked up with him to do the same by being a mentor and leader. After his release, Shaka remained true to his word and set out to make a difference to those living in the slums of Detroit. He's an empowering speaker, dedicated father, and proof that we all have the power to turn our lives around. An emotional and necessary read!

I received this book for free from Blogging for Books in return for my honest, unbiased opinion.
Posted by Erin Cataldi at 10:19 AM