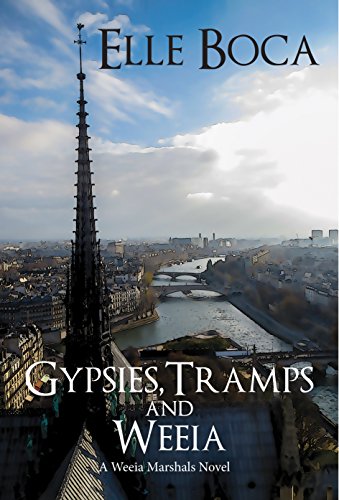 Separate from the Unelmoija Series, although part of that world; "Gypsies, Tramps, and Weeia" focuses on Danni, a young Weeia marshal assigned to protect Paris. Sure that she would get assigned to some hellhole, Danni is pleasantly surprised when she is assigned the most plum placement out of anyone in the academy. Although she graduated top in her class at the academy, she was sure that her undesirable heritage would hinder her getting a good job, instead she gets the city of love, Paris.

There is no fanfare when she arrives, her superior can't even be bothered to meet her and her living quarters haven't been inhabited in nearly half a century. Stuck working on cleaning, plumbing, and orienting herself to this new city, she almost loses excitement, but then excitement finds her. She uncovers some shady dealings and starts working to prove herself to her boss and to herself. Soon she'll have the respect of everyone. A great read, perfect for fans of Elle Boca and urban fantasy. Mix "Nancy Drew" with "Vampire Academy," set it in France and you have an idea of what to expect.

I received this book for free from the author in return of my honest, unbiased review.
Posted by Erin Cataldi at 2:33 PM