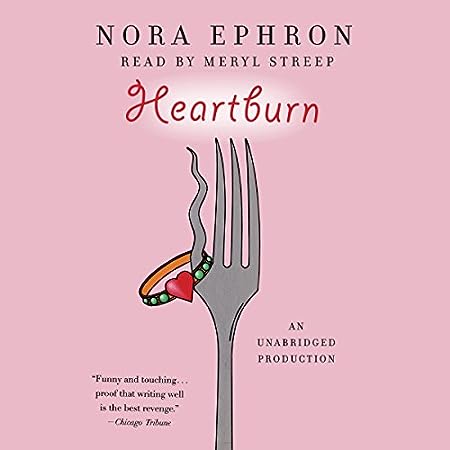 Honestly had I read this book instead of listening to the audiobook version (narrated by the queen, Meryl Streep) I probably would have only given it three stars. BUT, Meryl Streep is an amazing narrator and her voice really helped elevate the so-so story. Rachel Samstat is seven months pregnant with her second child when she discovers that her no good husband is in the middle of an affair. She doesn't know if she wants to kill him or try to win him back, but she has to do something. Normally Rachel writes about food and family (she is a talented cookbook writer), but she's going to try her hand at writing about this sordid affair and working her way through it. Funny, ridiculous, and over the top, this novel of infidelity, friendship, and food, is over the top and fun. A bit tiring in parts, but again, Meryl Streep.
Posted by Erin Cataldi at 9:06 AM