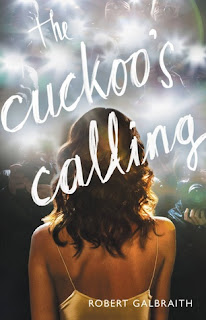 Wow, what an exciting romp! I enjoyed this work infinitely more than I did Rowling's other non-Harry Potter piece, "The Casual Vacancy." This is just a good ol' fashioned murder mystery with a down on his luck detective and a bright beautiful secretary.

The story opens with the "suicide" of world famous model, Lula Landry, and all the hype it caused. Fast forward to three months later and Lula's adopted brother hires a private detective to look deeper into the mysterious circumstances shrouding Lula's death. Comoran takes the case even though he doesn't think there's anything to be uncovered, but he soon discovers just how wrong he was. He and his secretary Robin team up to find the lost and scattered breadcrumbs that lead them into a life so distinctly different from theirs, the life of the rich and famous.

This fast paced novel will keep you turning pages and guessing who killed Lula (if she was killed after all). Highly recommended and I can't wait to read the next in the series!
Posted by Erin Cataldi at 10:01 AM