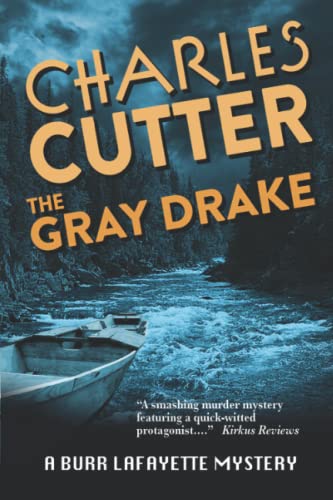 The second in The Burr Lafayette mystery series starts off quite similar to the first installment (The Pink Pony) when Lafayette takes a case (that he really shouldn't) when promised money. His assistant Jacob really wants Lafayette to get involved because it involves a legendary fisherman and all Jacob cares about is fishing, carrot juice, and weed. Despite his better judgement Lafayette signs on and all he gets in return is an expensive fishing rod for his efforts. Lizzie is charged with murdering her husband a year ago and it's up to the least likely legal team to prove her innocent. Lots of sleuthing, eating, and courtroom drama. Until this book I assumed that this series takes place modern day but towards the end of this book it mentioned that the year was 1989 so that was eye opening for me. The book seems kind of ageless. I made it to the end not correctly guessing the murderer so that was a plus. Another intriguing installment in the series. I can't wait for the next one!
Posted by Erin Cataldi at 1:17 PM