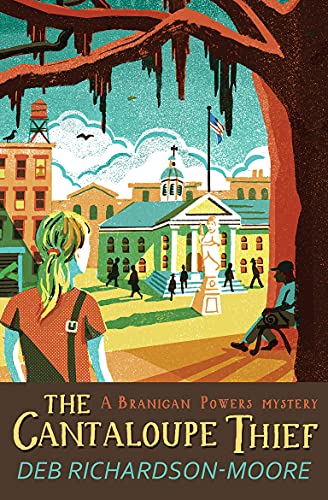 Debut novelist, Deb Richardson-Moore, does a bang up job creating a southern mystery that combines homelessness, alcoholism, a decade old murder, and addiction into one intriguing hard to solve whodunnit. Forty-one year old reporter, Branigin Powers, has no idea how deep she'll have to go for her new story. On the tenth anniversary of the only unsolved murder in Grambling, Branigin tries to uncover new details or angles to the stabbing of an elderly widow. Leaving no stone unturned, Branigin starts to look at the homeless population to see if maybe a transient person could have been behind it. In the middle of her investigation her twin brother, an often homeless addict, resurfaces and she finds herself being hit on all sides. How will she keep everything straight? Is there ore they could be doing to help the homeless? For an inspirational mystery, this novel tackles a lot of hard issues which is refreshing. A great debut and beginning of a new mystery series.

I received this book for free from Kregel Publications in return for my honest, unbiased opinions.
Posted by Erin Cataldi at 11:58 PM