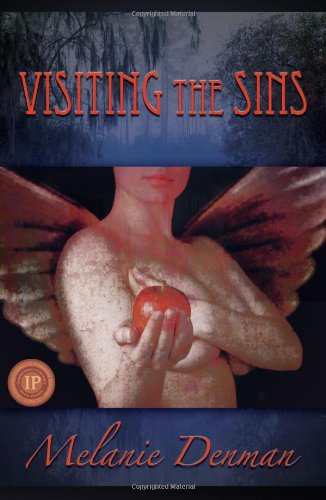 The cover art on this book had me doubting that this was a dark southern comedy but boy was I wrong! It's crude, inspiring, hilarious, and dark all in one go. It blew my expectations out of the water! Told from the viewpoints of the Wheeler women through several generations, the confessions, lies, gossip, and sordid family history will keep the readers turning pages. As the problems get bigger and the past gets dirtier you can't help but admire these women for their spunk, bravery, and hard headedness. There's Pokey, the grandmother of the clan raised in a shack in Thorny Bog, she had to rut and scheme her way out of squalor. With no more than an eighth grade education she was married at thirteen, pregnant by fourteen, and abandoned by fifteen. The fact that she made it out alive makes her unapologetic, sassy, and crude. Pokey says whatever vulgar things come to mind and is more often than not a source of embarrassment for her daughter, Rebanelle. Rebanelle was determined to make something of her self so she left for college, married a lawyer, and moved back with her head held high. She tries to be high class but it's soo hard with her ridiculous mother. Her only daughter, Curtis Lee, also fails to meet her expectations. As a divorced alcoholic, Rebanelle still wishes that she had never given up on pageants. All she wanted was a daughter to be Miss Texas! The vignettes are powerful and funny and there manages to be a good undercurrent of religion, which normally I would roll my eyes at, but honestly it goes quite well with the vulgar, hilarious, nature of the family. Honestly, it was quite refreshing!

A remarkable debut from Melanie Denman. I eagerly anticipate her future works! A must read for fans of dark family sagas, humor, and inspirational fiction.

I received this book for free from iRead Book Tours in return for my honest, unbiased opinion.
Posted by Erin Cataldi at 1:00 AM