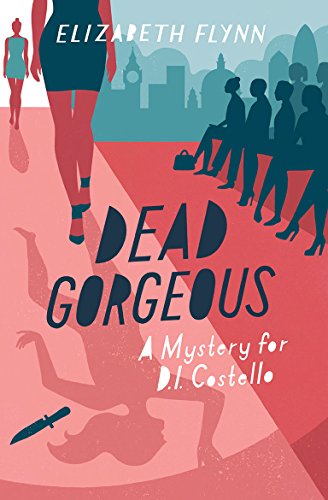 I hadn't read a good old fashioned murder mystery in a while and this certainly whet my appetite. Elizabeth Flynn creates an absorbing read with a likable cast of characters, especially the lead,  Detective Inspector Angela Costello. She's a detective with heart, not some jaded PI like we're so often used to. She's methodical, jovial, and hard as tacks; she knows how to get the job done but she doesn't lose herself in the process.

When young aspiring model, Kristy Manners, is found dead Angela finds herself sucked into the world of fashion. She has to sort out Kristy's fashion designer boss, the jealous ex-boyfriend, the secretive flatmate, and other likely suspects. It's not so easily solved though, and in the process of trying to sort out the murder of beautiful, ambitious Kristy, Angela discovers that lurking behind the fashion industry's door is prostitution, drug addiction, and theft. A page turner that will leave you guessing til the end.

I received this book for free from Kregel Publications in return for my honest, unbiased opinion.
Posted by Erin Cataldi at 9:33 AM