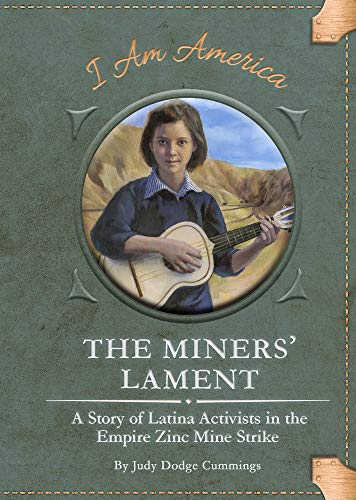 Very reminiscent of the Dear America Diary series - this book (which is part of the "I Am America" series) follows a young girl who wants to be involved in her father's strike against the Empire Zinc Mine. Ana Maria's mother died following an infection and ever since - she has blamed the Empire Zinc Mine because if they had indoor plumbing and hot water her mom might still be alive. It's the fifties for goodness sake - they're living like settlers, all because they are Mexican American and perceived as "less than." Even Ana Maria's father sees her as less than. Since she's a girl, she can't strike - she can only cook and clean. Since she's a girl she can't become a corridista (a singer of Mexican ballads) even though she can sing and play the vihuela beautifully. She's out to show them that even a girl in fifth grade can make a difference. Inspiring and educational. All though the characters in this story are fictionalized it is based on real events. There are also some accompanying illustrations that enhance the story. Great book - I would like to read more in this series!
Posted by Erin Cataldi at 11:59 AM