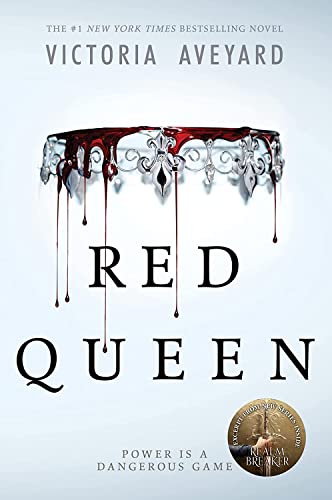 I haven't got invested in a young adult series in a while but I think I will definitely continue on with the Red Queen series. This is a new dystopian fantasy series that is inventive and unique enough to set itself apart from Hunger Games and Divergent (although there are some clear parallels) and yet remains cool enough to be added to those ranks. In Mare's world society is divided between the reds and the silvers. The silvers are the high class people who have special abilities to wield fire, read minds, control water, manipulate metals, and more. The reds are the lower caste, the ones who still bleed red, have no powers, and have been oppressed for decades. Mare's world is turned upside down when she is sent to work in the palace. She has lived in abject poverty her whole life and to see such prosperity and wealth is sickening to her. Mare is secretly rooting for the Red Dawn, a terrorist organization trying to overthrow the silvers and when she discovers that she has silver powers and red blood (a totally anomaly) she finds herself in a rare position to help others and overthrow the silvers once and for all. Engrossing and fun. I can't wait for the next in the series!
Posted by Erin Cataldi at 10:03 AM