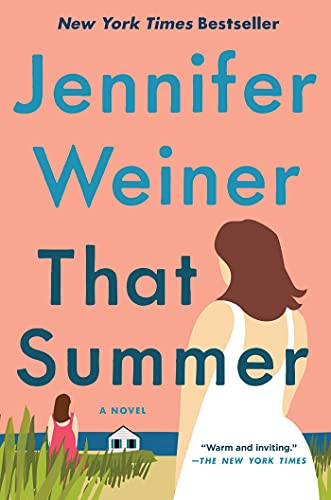 Not as light and fluffy as I was hoping it would be (I can't believe I just said that!) but still a good beach read. That Summer centers on two Dianas - one who is struggling in her marriage and connecting to her fourteen year old daughter - the other who has a secret that could tear everything apart. When Daisy (real name Diana) keeps getting wrong emails intended for another Diana - she strikes up an email conversation with her email doppelganger. Since they aren't that far apart - they decide to meet up for drinks in New York City and strike up an instant friendship. It's so natural and easy going - both women have a hard time making friends and it's such a coincidence that they've found each other. But is it? Told alternately between both women's pasts - That Summer is a look at female friendships, duplicity, passion, and intrigue. The twist isn't super shocking if you're used to reading between the lines - but it is compulsively readable. Very timely.
Posted by Erin Cataldi at 10:18 AM

Email ThisBlogThis!Share to TwitterShare to FacebookShare to Pinterest
Labels: jennifer weiner, that summer