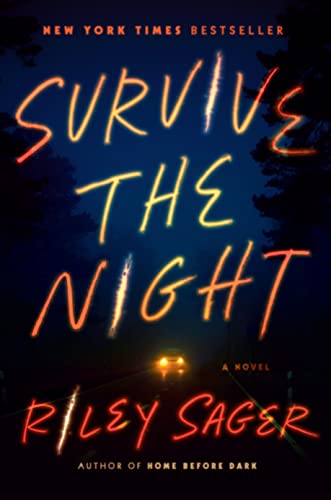 When the campus killer's third victim is Charlie's roommate - she's decided she's had enough of college life. She can't finish the week, let alone the semester. Since her parent's untimely death Charlie has refused to drive so she needs to find a ride back home to Ohio. It's 1991 and public transportation leaves a lot to be desired so she decides to rely on the ride share board. Josh Baxter, a slightly older and nice looking guy, offers to drive her home if she splits the gas money. Easy peasy. She tells herself that the second she smells something fishy she'll bail - but he seems like a nice guy. As they begin their evening drive home, Charlie immediately gets suspicious - he's starting to lie about things. Or is he? Charlie has an over active imagination and sometimes the lines between reality and her mind get blurred. Can she trust him or will she even survive the night. Fast paced and suspenseful. Fun, but not even close to Riley Sager's best work. I even guessed one of the twists which was disappointing.
Posted by Erin Cataldi at 3:41 PM