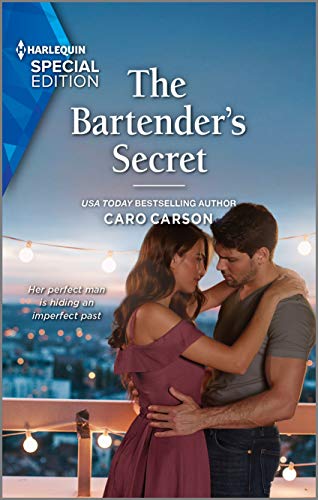 I will admit that it has been a long time since I've read a Harlequin - not that I've actively avoided reading them - the books haven't crossed my path in a long time. I was instantly intrigued by the title because my boyfriend is a bartender and I though this would be a fun read. I loved the opening because it featured a beautiful young professor reading in the bar who catches the eye of the the bartender and pub owner. He assumes she is a student because they are in a college town and she looks so young. When she finally notices him she is smitten because he is built like a Grecian warrior and all the romance novels she's been reading has her heart pulsing. They start talking and soon she's a regular patron at his establishment. Connor is smitten but she's far too good for him, a man with a criminal background (he was young and dumb). The closer they get - the more he pulls away. Lots of college and parental drama from the professor and Connor is so stuck in the past that he's scared to let anyone down. A good story but I was VERY shocked (scandalized even) when I realized - SPOILER ALERT - that there isn't even one sex scene in this book!! Not one! Just some making out! This is the first in a series so it is possible they consummate their love later on. I just assumed with Harlequin that everyone was bumping uglies. No sex isn't a put off by any means - I was just surprised. Talk about a definite slow burn!
Posted by Erin Cataldi at 2:06 PM