Enter by the Narrow Gate 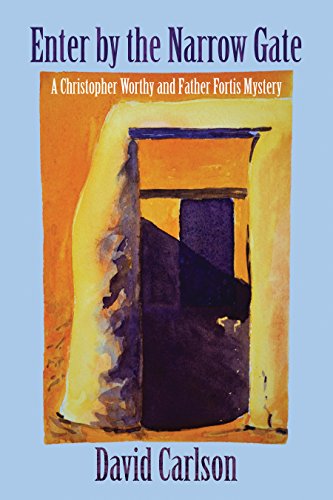 A wonderful mystery debut that promises to be a fantastic series. In the same vein as Tony Hillerman and other southwestern mysteries, with a touch of Brother Cadfael; this suspenseful whodunnit set in New Mexico will garner lots of fans.

Father Fortis is on sabbatical at St. Mary's and arrives just after a young nun is found brutally murdered. Soon after his good friend Detroit Detective, Lieutenant Worthy, is sent out to investigate a missing girl. Father Fortis decides that it is no mere coincidence that the two of them find themselves in the Southwest at the same time immediately after an unsolved murder. Lt. Worthy is determined to stay focused on his missing persons case but is soon drawn in by the mysteriousness of the nun's death. Could the missing girl and the dead nun be linked? If so by what? Full of intrigue, religious oddities, and good ol' fashioned sleuthing, this novel reads fast and is impossible to put down. I can't wait for the next installment!
Posted by Erin Cataldi at 12:42 PM