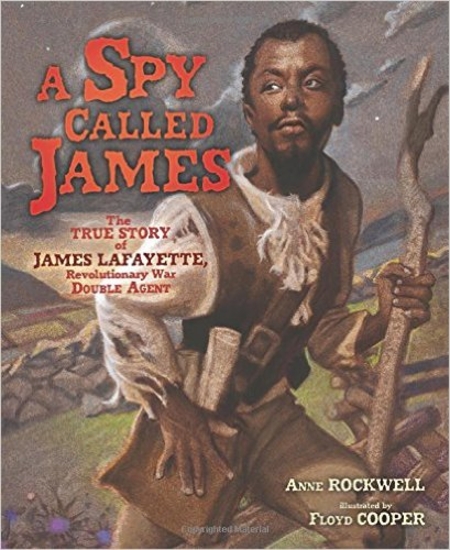 Rockwell, Anne. A Spy Called James. 1 CD. unabridged. 14 min. Dreamscape Media. ISBN. 9781520066172.
The true story of James Lafayette, a revolutionary double agent will captivate and anger young listeners as they learn about the incredible dangers that James, an American slave, took while trying to secure America's freedom from the British as well as earning his own from his slave masters. At great danger to himself James became a spy for both the British and the American armies and played a pivotal role in helping win some major battles and ultimately the war. Realizing too late that freedom was only promised to enslaved soldiers not spies, James had to fight to free himself from the very people he just helped win their own independence. Captivatingly narrated by Rodney Gardiner, the audiobook also includes a page turn track. Perfect for young readers wanting to know more about the Revolutionary War and African American History - Erin Cataldi, Johnson Co. Public Library, Franklin, IN
Posted by Erin Cataldi at 3:44 PM