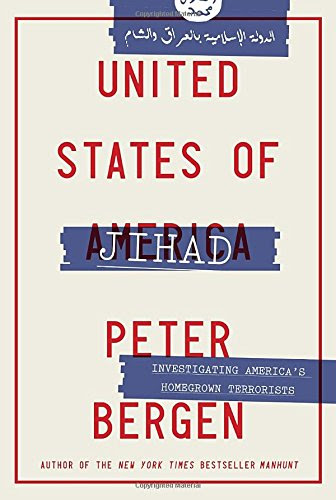 An absolutely astounding and eye opening account of America's homegrown terrorists. Peter Bergen does a marvelous job researching nearly 500 American terrorists and breaking down why they choose to go lone-wolf or join a terrorist organization and kill others. He talks about ISIS, Al-Qaeda, and lone wolf terrorists not affiliated with any Muslim extremist groups. It puts a new perspective on a scary, ever changing subject. Bergen breaks down the appeals of different groups, what the government is trying to do to prevent terrorism, and what ordinary citizens can do to help curb the violence. It's a masterful book and it really makes you think. Here are some sound bites I found particularly compelling:

"... in the years after 9/11, an American residing in the United States was around five thousand times more likely to be killed by a fellow citizen with a gun than by a terrorist inspired by the ideology of Osama bin Laden."

"Among the 330 militants examined for this book, none of the generalizations hold. Their average age is twenty-nine; more than a third are married and a similar proportion have children; 12% have served time in prison, compared to 9% of the American male population, while around 10% had mental health issue, a lower incidence than in the general population. They are, on average, as well educated and emotionally stable as the typical citizen. They are ordinary Americans."

A fantastic and compelling book. A must read for our trying times.

I received this book for free from Blogging for Books in return for my honest, unbiased book review.
Posted by Erin Cataldi at 8:34 AM