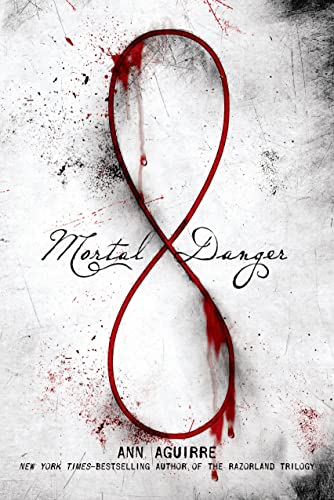 I really like the premise of this book. It's like Neil Gaiman's "American Gods" mixed with high school drama aimed at teens. Edie is an unattractive, overweight girl who has been bullied to her breaking point, just as she is about to leap from a bridge to put an end to her suffering a hand reaches out to stop her. One of the most attractive men Edie has ever seen stops her suicide mission with an offer; live and she will be granted three wishes. Of course though there are strings attached. She will have to repay the favors somehow in her life. She accepts the offer so she can wreak revenge on the classmates that made her life a living hell. She becomes beautiful and confident and just as she thinks her life can't get any better Edie realizes just how over her head she really is. Shadowy forces watch her, taunt her, harm people she loves. Now she is a pawn in the game of the immortals. Can she rely on smoking hott, Kian, to be on her side when the shit really starts to get crazy? Who knew revenge could be so complicated?

Overall, I liked it, I'm anxious to see where the next book goes. I think I like it so much because I can relate with Edie. Not that I hate my life or want to end it, but I can understand wanting to be pretty and well liked it. Who wouldn't?

A thought provoking book for teens looking for a new series.
Posted by Erin Cataldi at 3:54 PM