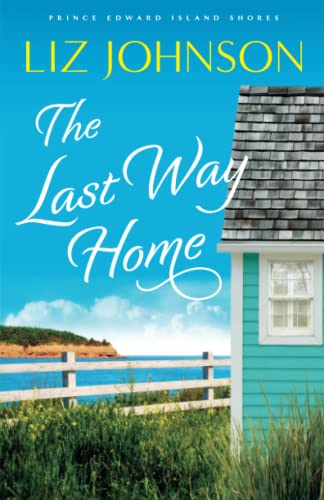 Eli Ross left his home on Prince Edward Island and never looked back. He was too busy looking forward to his big dream of being an NHL star to dwell on the hurt he caused his family. Now more than a decade later he finds himself back and not with a penny to his name. He's a disgraced pro-athlete with a massive debt to pay off and no way to do it. Eli finds his family more than happy to have him home, granted they don't know the full story, but they are just happy to have him back in the fold. The only person not overjoyed to see him is Violet. She came to town after Eli left and filled the void that he left. She's like family, but she's not so forgiving. She knows how hard it was on his mom and brothers. Eli and Violet keep finding themselves thrown together and before they know it they start opening up to each other. They are both harboring some big secrets, but if they realize that they can share the burden and ask God for forgiveness they can get the fresh start that they both desperately need. A Christian romance that is sure to delight. While it is the second in a series, it reads like a standalone novel.
Posted by Erin Cataldi at 10:17 AM