The 7 1/2 Deaths of Evelyn Hardcastle 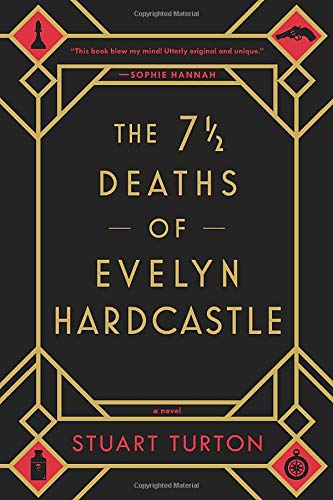 This was one of those books that I kinda liked the concept for, but felt I wasn't smart enough to keep up with. There were so many moving parts and so many characters that I felt  at a loss for most of the novel. Aiden wakes up in a different body every day and he has 8 "hosts" or days to solve Evelyn Hardcastle's murder. He keeps reliving the same day through different eyes and trying to figure out who killed Evelyn before the footman catches him and kills him. There is also a creepy plague doctor that is keeping tab on Aiden - if Aiden is able to retain his memory and solve this impossible murder he has to tell the plague doctor at 11pm by the lake. Filled with red herrings, unlikable people, and  too many side characters to count - this is an intense murder mystery that ends up being very hard to follow and stay on top of.
Posted by Erin Cataldi at 9:13 AM

Email ThisBlogThis!Share to TwitterShare to FacebookShare to Pinterest
Labels: stuart turton, the 7 1/2 deaths of evelyn hardcastle