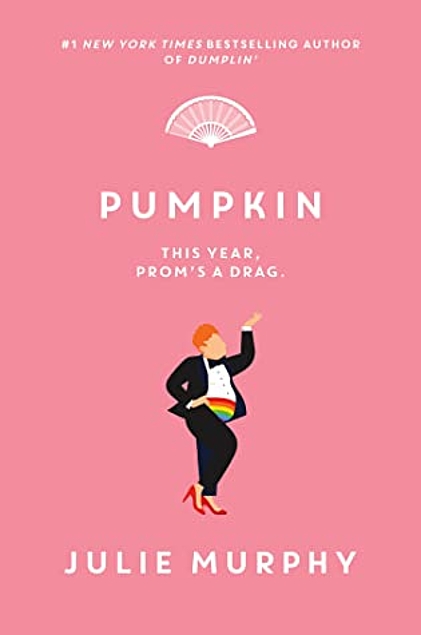 Sassy, sweet, and endearing, Pumpkin will instantly win over fans. The third book in the Dumplin' series focuses on Pumpkin, an open gay, overweight teen boy who is just ready to get on with his life and begins stage three - out and proud in a new city, a chance to be who he wants to be. He and his lesbian twin sister are both out - to their parents, friends, and school - but Pumpkin wants more. When his favorite plus size drag queen makes it all the way through the reality show only to lose to the small queen; Pumpkin is furious. Alone in his room he decides to put on makeup, lip-sync in the camera, and create an audition tape for his favorite reality drag show telling them how he really feels about their shameful body standards. Pumpkin won't ever send it in - but it was cathartic and a lot of fun. He shows his twin sister, Clem, who shows some people, who show some people, and the next thing you know, Pumpkin is nominated as prom queen. It's mortifying. Pumpkin is so close to going to Austin and getting away from the bullies and now he has to suffer through people mocking his "audition tape" and nominating him to prom court. But the joke is on them because through spite and gumption; Pumpkin is going to leap even further out of the closet and really give them something to talk about. Joyful and fun!
Posted by Erin Cataldi at 8:27 AM