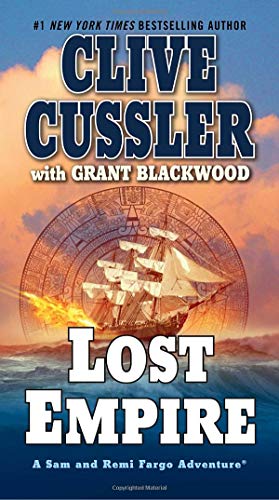 I would have followed this story soo much better had the audiobook discs six and nine not been mixed. Once I realized that - things finally came together. Extremely fast paced, filled with lots of historical trivia and knowledge and plenty of adventure. Husband and wife duo, Sam and Remi Fargo, are relaxing on the coast of Tanzania. While scuba diving they discover an old ship's bell and it kicks off a new adventure. While they think it's a fun mystery to look into, a corrupt official in Mexico takes the discovery as a serious threat and will do anything to stop the Fargos. Rather than they deter the couple, they launch on an adventure that will span continents and countries and cultures. Never a dull moment, though sometimes it would be nice if our protagonists weren't such rich know it alls.
Posted by Erin Cataldi at 9:25 AM