Along a Storied Trail 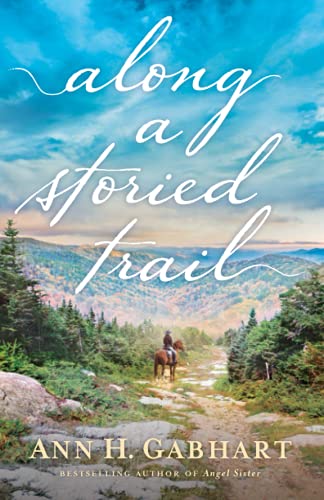 This is my FOURTH packhorse librarian book and I definitely think it's beginning to emerge as a popular sub-genre! I really enjoyed this one because it discussed more than just the WPA packhorse librarian project that took place during the great depression - it also mentioned the Federal Writer's Project. Tansy Calhoun is grateful to have a job riding up and down the Kentucky mountains delivering books. Her pa left nearly a year ago for work and they haven't heard from him since. Her mother and three siblings depend on the money she brings in as a book lady. Tansy years for romance like all the heroines in the stories she reads, she has no idea she might soon be the object of attention for two young men. Damien Fields is an author who has come to write about their county and she has been elected his "our guide." She is immediately smitten with the attractive New York City transplant. But then there is Caleb, recently returned to the mountains to take care of his Ma, sister in law and niece an nephew after his brother's unfortunate death. She always thought of him as a friend, but he has always wanted so much more. With the meddling of an old grannie, an unwed pregnant sixteen year old and a preacher - things in the mountain are about to get interesting. Charming and well written.
Posted by Erin Cataldi at 9:28 AM

Email ThisBlogThis!Share to TwitterShare to FacebookShare to Pinterest
Labels: along a storied tail, ann h gabhart