Christmas on the Island 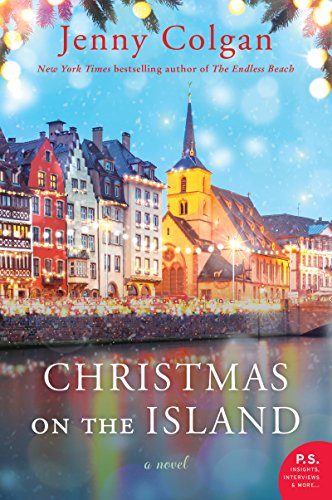 I keep trying to like Jenny Colgan and I keep being underwhelmed by her work. I've been trying to find short holiday audiobooks and this sounded perfect - unfortunately it was only loosely holiday tied and  far too serious for my taste. I was hoping for a little more fluff. Christmas on the Island centered around a cast of characters each of whom is going through some pretty serious shit. Flora has discovered she's pregnant and is unsure how to tell her boyfriend Joel, he's got a troubled past and he might think she's trying to "trap him." Flora's best friend Lorna, the elementary school teacher, falls for the island's immigrant doctor, Saif. Unfortunately, even though he has feelings for her in return - he is still concerned that his missing wife might miraculously turn up from his war torn country after years of looking for her. Flora's brother Fenton, is watching his husband slowly be ravaged by cancer and it's only a matter of time before he dies. So yeah - serious shit is happening on this Scottish island. There are some light moments - but it's not all uplifting and cozy. The best part about this audiobook is that it is wonderfully narrated by a woman with a Scottish accent.
Posted by Erin Cataldi at 12:45 PM