Take the Body and Run 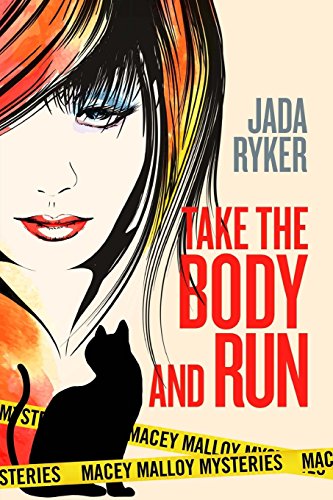 A solid attempt, but there is definitely room for improvement. There is too much going on, there could easily be two separate stories; as much as the author tries to merge to plots, it doesn't really pan out. The first week of Macey's new job there is two murders and she and her new friends (her co-workers and a cop that she becomes literally best friends with, within three days) decide that they will solve it themselves. Another side story is that Macey is hiding from her past and has assumed a new identity. It doesn't quite merge with the story and just randomly crops up. There are also a lot of characters and they all have crazy back stories. I don't think there was a single "normal" person in the entire story. Also, the cover. Who is on the cover? It certainly isn't our main character based off the author's description of her. So those are my beefs with it. But before you think I'm a negative nancy and hated the whole thing, there were some positive things that I enjoyed. One of the strong suits in this novel though is the witty dialogue. Snappy and fun, it's one of the best things going for "Take the Body and Run." The cat is a fun element. Granted cats are a little overplayed in mystery novels, but it works for this chick lit mystery. Overall, a light read that has room for improvement, but it will still find fans.

I received this book for free from the author in return for my honest, unbiased review.
Posted by Erin Cataldi at 11:42 AM