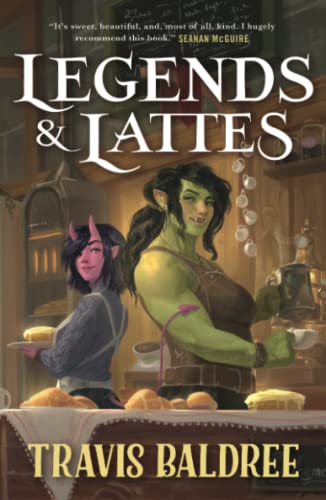 What's better than a fantasy novel centered on a coffeeshop!?!? Talk about world building that I can get behind. When Viv, a battle hardened orc has finally saved up enough coin, she decides to put down her blade and venture to a new city to open a coffee shop. It doesn't matter to her that no one has ever heard of coffee or that she knows nothing about running a business - it's what she wants to do, and by golly she is going to do it. She soon assembles a motley crew to help build and run the joint - a succubus to tend the counter, a hob to build the shop, and a rattkin to bake the goods. It's a bit of a bumpy ride as they all get their bearings, it is after unchartered territory they are entering in - but a certain magic (or is it just the coffee?!) seems to be binding them together. I so hope there are more books set in this universe!
Posted by Erin Cataldi at 3:42 PM