We are the Light 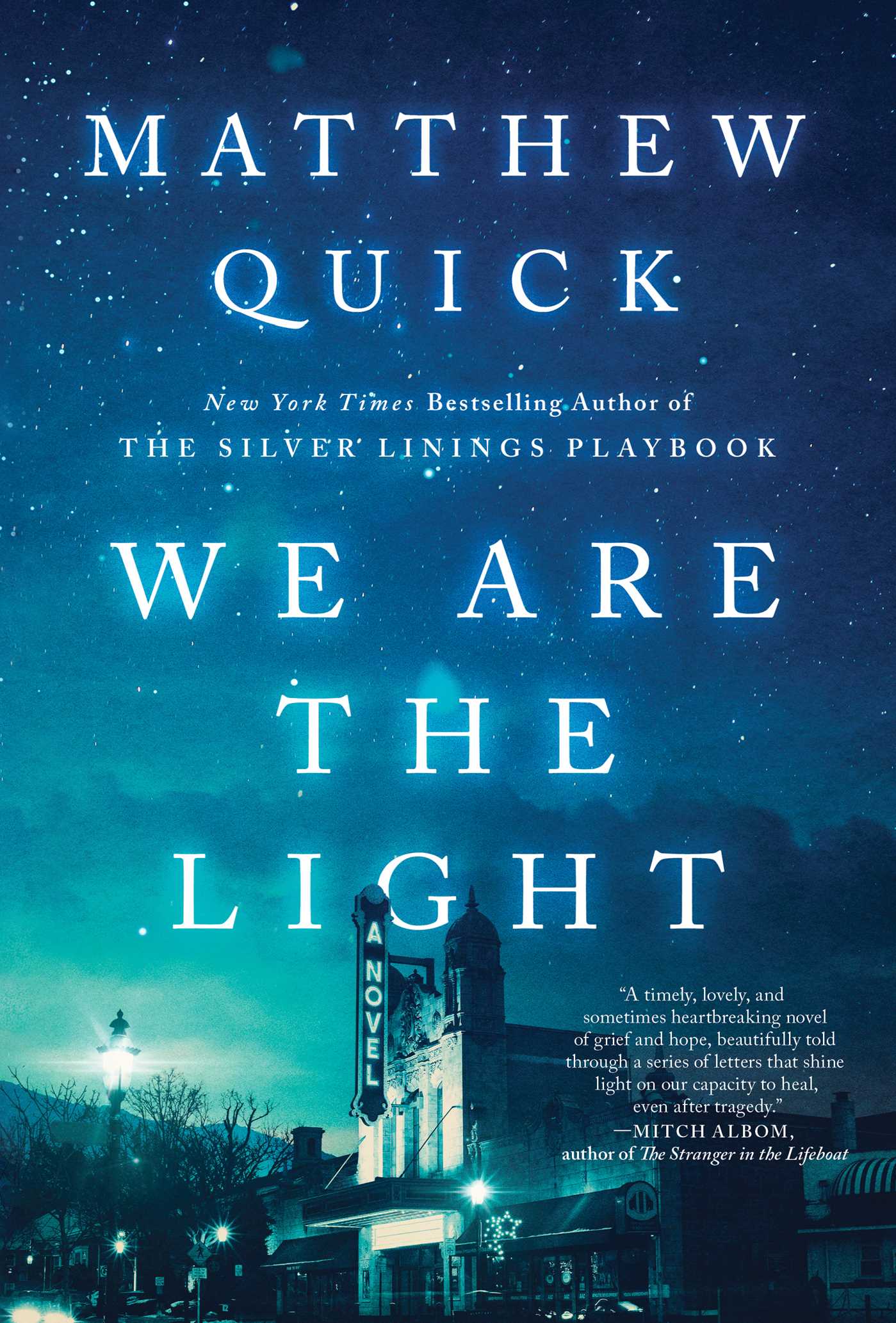 No one writes more compassionaly about mental health in fiction, better than Matthew Quick, the New York Times bestselling author of The Silver Linings Playbook. We are the Light follows, Lucas Goodgame as he attempts to deal with his grief by writing letters to his Jungian analyst, Karl. Lucas' hometown theater, The Majestic, was the target of a horrific crime that killed his wife and nearly twenty others. While he may have been the one to stop the monster, he still feels lacking, like he should have done more. He insists his wife, in the form of an angel, visits him nightly, and his grip on reality seems to be loosening. When Eli, a teenager shunned by the community, starts camping out in his backyard Lucas starts to open up and fins a reason to move forward. By working together and creating a monster movie they hope not to heal just themselves, but the town as well. Passionately narrated by Luke Kirby, this tale of hope, loss, and grief will move readers nearly to tears. Despite dealing with many tragedies; PTSD, trauma, suicide, mass shooting – We are the Light is a story about healing and finding guardian angels in the most unlikely of places. Moving and unfortunately, timely.
Posted by Erin Cataldi at 12:06 PM

Email ThisBlogThis!Share to TwitterShare to FacebookShare to Pinterest
Labels: matthew quick, We are the light