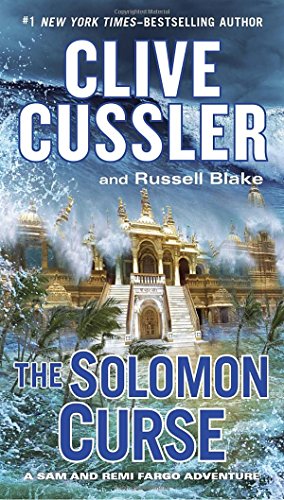 I liked this one a lot more than most because it wasn't some typical bad guy out to thwart the Fargos and steal the treasure first. It's just some rich CEO working with rebels to nationalize the Solomon Islands that happens to be getting in the way of the Fargos - which doesn't sound like much but it was a nice change. I also liked one of the new characters introduced, a Russian archaeologist who enlists the Fargos help when he discovers what appears to be a sunken city. The treasure hunt leads the team through several points in history - not just ancient times, which is interesting. A breath of fresh air in a series where the plots start to become stale. Genuinely excited for the next in the series.
Posted by Erin Cataldi at 8:33 AM