Roar of the Sea 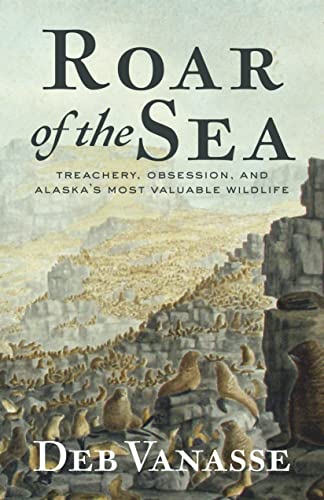 Admittedly a hard read, especially if you don't like reading about animal violence - but truly an important one. I had no idea about the plight of fur seals and the efforts undertaken at the turn of the nineteenth century to save them. Roar of the Sea is part history and part biographies for two dashing men; Henry Wood Elliot, an amateur scientist who by chance went to the Pribilof Islands and fell in love with the fur seals and set about studying them and Alex MacLean, a pirate who specialized in illegally killing seals and selling their pelts. Elliot spent his whole life trying to save the fur seals while MacLean spent his life trying to undermine Elliot and turn a handsome profit. Maclean was s notorious he was even inspiration for Jack London's famed novel, The Sea Wolf. Elliot on the other hand was constantly belittled and challenged by government officials who sought to discredit him in order to keep slaughter tens of thousands of fur seals a year. In mere years the Pribilof Islands had lost more than half their millions of seals and if actions weren't taken they would soon be extinct. A little tedious at times, and definitely violent - but an important enlightening read.
Posted by Erin Cataldi at 2:31 PM

Email ThisBlogThis!Share to TwitterShare to FacebookShare to Pinterest
Labels: deb vanasse, roar of the sea