Alone in the Light 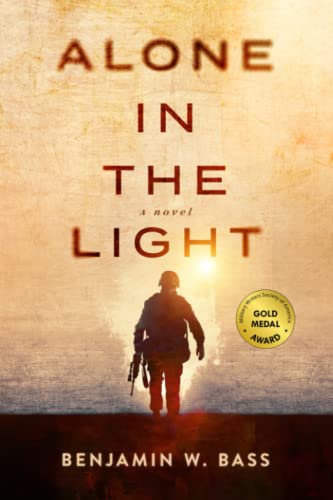 Josh hoped that going back to college would bring him peace, but the fact is, he's been drinking more than ever in order to sleep and forget. After serving in the National Guard in Iraq and losing a leg and a friend, he's been plagued with anger and loss. It's hard to move forward when you're stuck in the past and it's hard to function without booze when you're constantly reliving your darkest moments.

Mary is ready for a fresh start and she's ready to look to the future at IU. Inspired by her military friend and love of her life, Josh, she has decided to pursue art and escape living with her mother. Neither Mary nor Josh have seen each other since they were serving together overseas. Are they destined to meet back up at IU and if so will the reunion be joyous or painful?

The story is told from alternating perspectives between Josh and Mary and jumps back and forth from their time in Iraq to their time on campus at IU. A harrowing look at PTSD, death, traumatic injuries, alcoholism, and veteran suicide offset with hope, self-love, and forgiveness.

Email ThisBlogThis!Share to TwitterShare to FacebookShare to Pinterest
Labels: alone in the light, benjamin w. bass