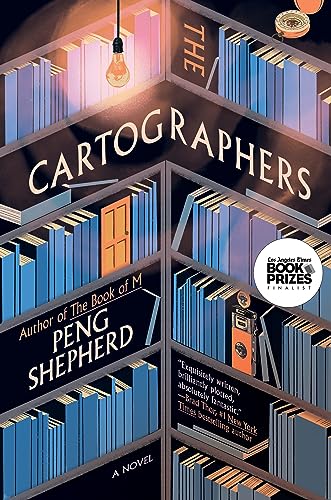 A fast paced thriller about the secrets maps can hold. When Nell's father is found murdered in his New York Public Library Office, there is no initial cause of alarm; it must have just been a heart attack. When Nell is going through her father's belongings she discovers an odd gas station map, the very one that caused their estrangement, hidden in her father's portfolio. What is the meaning of it and why has he saved it after all this time? After a string of connected murders in the New York Public Library, Nell is convinced that someone is after this seemingly worthless map, but why? She seeks the help of a mentor and an old flame and discovers that the map she discovered may be worth millions and may be the very last copy in existence. According to online records someone has stolen or destroyed every single copy of the map. What is it hiding and what dark family secrets will it lead her on? Narrated by a full cast, this wild adventure will keep listeners engaged and invested. From one rabbit hole to another, this mysterious map will lead Nell to a place she never knew she needed to discover. This action packed thriller is too unique to forget anytime soon! - Erin Cataldi, Johnson Co. Public Library, Franklin, IN

Email ThisBlogThis!Share to TwitterShare to FacebookShare to Pinterest
Labels: pend shepherd, the cartographers