The Secret History of Food 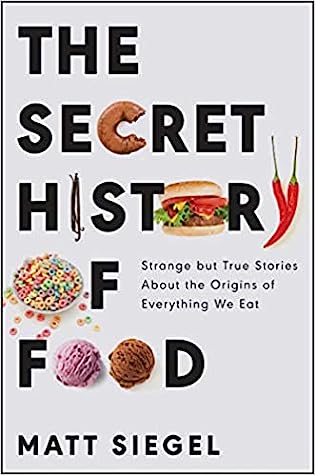 Foodies and trivia lovers will eat up this irreverent and fascinating book about the origins, misconceptions, science, and subculture behind certain foods and spices. Author, Matt Siegel, digs deep to uncover weirdly entertaining facts about food that will leave readers both fascinated and moderately disgusted. From the origins of a well known cereal, to mummified heads in honey, to the most expensive and exotic spice in the world being used to describe boring sex lives; The Secret History of Food has something in it for everyone. Over the course of ten chapters, Siegel spills the beans on so many different "common" foods, that walking into the grocery store or showing up at a potluck with your favorite dish will never be the same again. Brilliantly read by Roger Wayne who effuses energy and hilarity into his narration. A feast for the mind. - Erin Cataldi, Johnson Co. Public Library, Franklin, IN

Email ThisBlogThis!Share to TwitterShare to FacebookShare to Pinterest
Labels: matt siegel, the secret history of food