The Less People Know About Us 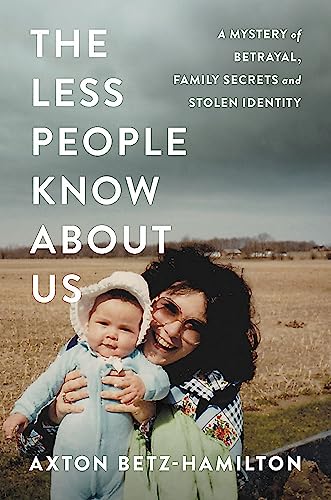 I wish I had not tuned into this author's library program until AFTER I had read the book because she told us all about it and revealed who stole her identity. Had I read it first I am sure I would have been way more shocked - but as I read this memoir I knew what was coming. When Axton was a child her parents had their identity stolen and it made them fearful of everyone - who was doing this to them, why were checks bouncing and utilities getting cut off. It led for a lonely childhood. When she finally flew the coop and left for college, Axton was excited to leave the fear behind her and start the next chapter of her life, but unfortunately when she goes to get her own apartment she discovers that her credit is in the bottom 2% - it's beyond horrible. It turns out it wasn't just her parents with stolen identities - her had been too. Credit cards taken out in her name when she was just a child, the whole gambit. Axton makes it her mission to get to the bottom of it but sometimes the answers are worse than the problems. Heartbreaking - what a messed up little family.
Posted by Erin Cataldi at 4:53 PM

Email ThisBlogThis!Share to TwitterShare to FacebookShare to Pinterest
Labels: axton betz-hamilton, the less people know about us