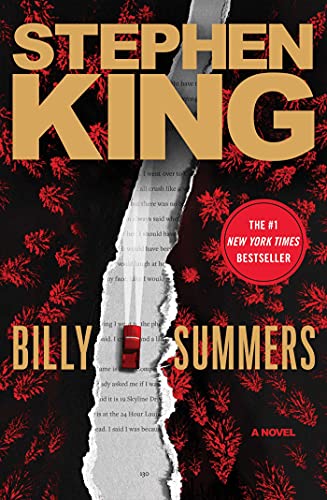 Stephen King is really bringing the heat on his non-horror books and I am here for it! Billy Summers is about a hired gun who only kills bad guys. It's a thriller with a meaty back story and great character development. Once readers get invested it is impossible to put the book down. Billy Summers has just taken a long job. He's to scope out a sleepy little city and fool everyone into believing that he's a writer just looking to finish his book before the deadline. In reality he's one of the best snipers in the world, a former marine who take jobs only if he's sure the person he's killing is really bad. Joel Allen is a bad man, and once he's taken from the jail to the courthouse for his arraignment, Billy will take the shot. He's promised himself that this is his last kill and the payout from this will be big enough that he can retire. What he doesn't know is the big picture. Nothing is going to go down the way he thinks it will and that will cause wrinkles. The only "beef" I had with the story is the character Alice, a loner with absolutely no friends and no close ties to family? Hard to believe - especially the way she is around Billy. It made it easier for the story but it wasn't remotely realistic. Overall though - great storytelling - another great Stephen King novel.
Posted by Erin Cataldi at 1:10 PM