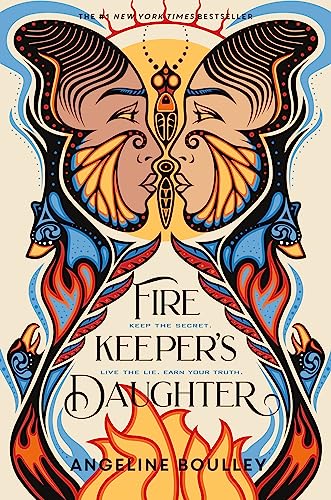 I can't stop thinking about this book. the raw, emotional authenticity of it is jaw dropping. It's 2003 and Daunis is torn between two worlds; her tribal heritage on her father and brother's side and her prim, wealthy and white, mother's side. Her father's family took her under their wings even though her father died when she was seven and her mother raises her. Daunis never feels Indian enough or white enough - she is in between. Bad things come in threes and after her Uncle's death and her grandmother's decline she's waiting for the other shoe to drop. When it finally does it is even worse than she expected, Daunis' life will never be the same. How can she go on? And can she get involved and maybe help her community? Or will her involvement bring scrutiny to her heritage and her elders? This book is long and there are a few trigger warnings you should look up (I don't want to spoil too much) - but it is ABSOLUTELY WORTH YOUR TIME! I love that this Indigenous author sprinkled traditions, phrases, words, and experiences throughout this book. It's authentic and eye opening - I learned so much. I vague-booked this review because I don't want to spoil anything - just READ IT!!
Posted by Erin Cataldi at 9:36 AM