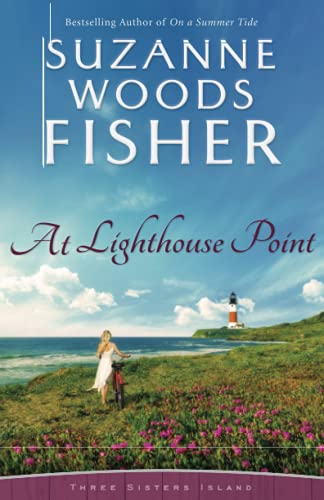 At Lighthouse Point is the third installment of the Three Sisters Island series and focuses on the baby sister of the family, Blaine. Blaine returns to the island after being gone for two long years studying in a world famous French cooking school. She's reinvigorated and looking to make big changes on the island, starting with the summer camp that her family owns. She's bringing along a surprise, her good friend Jean-Paul will be staying for the summer. Her family is taken aback, who is this French boyfriend?! They in turn have some surprises for her, the family kitchen that she was hoping to remodel and use for fancy dinners has already been remodeled by her older sister who doesn't know the first thing about cooking. It's a mess. And to make matters more complicated her former best friend, Artie, is back on the island but he won't even look Blaine in the eye. Her homecoming isn't at all what she expected but she's gotta have faith in her family and hope that everything will turn out for the best. A clean christian romance.
Posted by Erin Cataldi at 1:24 PM