The Boys in the Boat 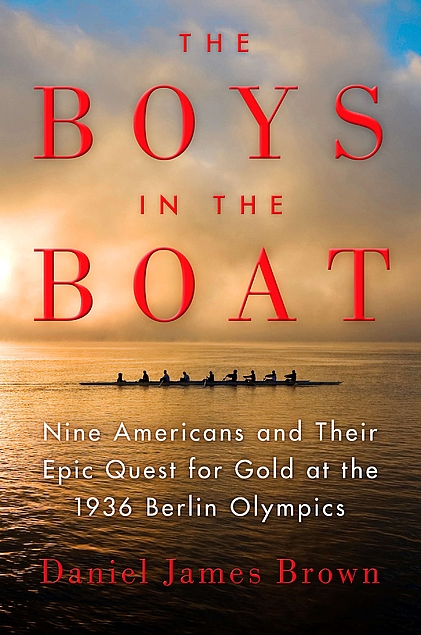 I've read about the 1936 Berlin Olympics with Jesse Owens and Louis Zamperini but I was wholly unfamiliar with the rowing team To be frank, I didn't know a lick about rowing before reading this either. In my mind rowing was an elite sport that only rich Ivy League frat boys participated in. After reading this I learned that I was half right on that assumption but that rowing is so much more than that. Nine working class college boys spend their summers working so they can afford to go college and row. There are no such things as athletic scholarships during the depression. All of these boys have a passion and a fire - but it isn't until they come together and look past their differences that they understand all they can accomplish. Utterly inspiring.
Posted by Erin Cataldi at 2:36 PM

Email ThisBlogThis!Share to TwitterShare to FacebookShare to Pinterest
Labels: 1936 berlin olympics, daniel james brown, rowing, the boys in the boat