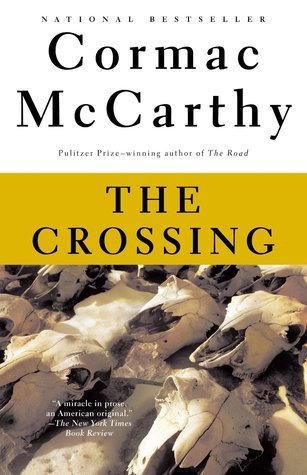 Talk about a heavy read. I never come out of a Cormac McCarthy book the same that I went in. Violent, depressing, awe inspiring, simple, deep, and dark are just some of the key adjectives that can be used to describe this deeply compelling (and at times disturbing) book. Sixteen year old Billy Parham captures a wolf that has been terrorizing his family's ranch. After weeks of trying to capture her he decides that he can't just kill such a magnificent creature (who happens to be pregnant). He brings her from her trap and on a whim decides to take her down to the mountains of Mexico. Armed with only his daddy's shotgun, the clothes on his back, his trusty horse, and the captured she wolf he embarks on a long life altering journey across the wild and often violent land of Mexico. For every thief he encounters, he is touched by at least three giving folks; many giving what little they own to the young American. A sweeping western that readers won't soon forget about (although I wish I could forget about the violence to animals -there is too damn much of it).
Posted by Erin Cataldi at 5:19 PM